Looking for people to feature on Botched Up Bodies series 4

Botched Up Bodies is Channel 5’s hit TV show where people come to seek the help of professional surgeons to correct the plastic surgery disasters of others. Our expert surgeon Mr Nick Percival has been featured on the show previously and will be making an appearance on the 4th series of the hit TV show.

Transparent TV the makers of the show are currently calling out for people to be featured on the latest series of the show.

Have you had any cosmetic surgery that turned out to be a disaster?! Botched Up Bodies wants to hear from you! 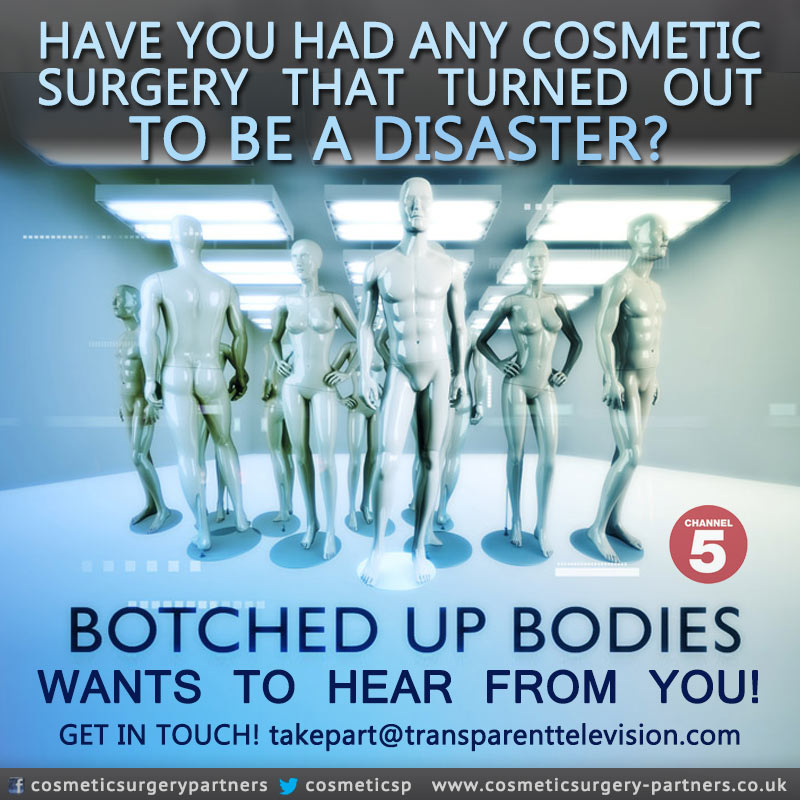